Watch Madeleina’s song “Stand Up For Your (Copy)Rights!“

The EU Copyright Directive first came to my attention when I was giving a talk for EuropeersUK, (part of the Erasmus+ network in the UK). Known mostly for my anti Brexit activism as #EUSupergirl, I had been asked to speak to the youth group about becoming the next generation of “EU influencers”. At the end of the talk, there was a Q&A and a lad asked me what I thought about plans to reform the EU Copyright Directive, claiming that the EU was trying to censor the internet and ban MEMEs. At the time, I had to admit I didn’t know enough about the issue to comment, but promised to find out more at the next opportunity…

Which as luck would have it, turned out to be the following day, as I was travelling to Brussels to speak on a panel after the presentation of the #EUMediaPoll 2018 results. The research is conducted annually by communications agency Burson-Marsteller and pollsters ComRes to identify “what influencers the influencers”. I had been invited to provide a British perspective on the news outlets which have the most impact on Brussels policy makers and also to discuss how the state of the British press may have influenced the debate about the EU in the UK and inevitably Brexit. So whilst I was there I took the opportunity to raise the subject of the Copyright Directive with Dennis Abbott, who is an ex journalist and head of comms at BM in Belgium (now called bcw Brussels).

From the press publishers’ perspective, the directive is critical for safe-guarding the future of the press by addressing the siphoning of revenue streams by Big Tech platforms, who have been increasingly exploiting news content without recompense for the people actually producing it. But it soon became apparent that the new reforms have wider implications for the creative industries who are having the life blood sucked out of them by profit-hungry tech giants who are failing to cough up for the creative output which is being shared on their platforms. Having a vested interest in blocking the Copyright Directive, Big Tech has been funnelling vast sums of money into an online campaign to spread dissent and object to changes aimed at creating a level playing field. Sadly, much of this opposing argument has been powered by falsehood and myth. I recorded a brief video interview with Dennis to send back to the Europeers team to show the youth group who had initially drawn the Copyright Directive to my attention, but also to share on my social media platforms to raise awareness of the issue and challenge the tech giants by presenting the arguments from the perspective of the creatives. 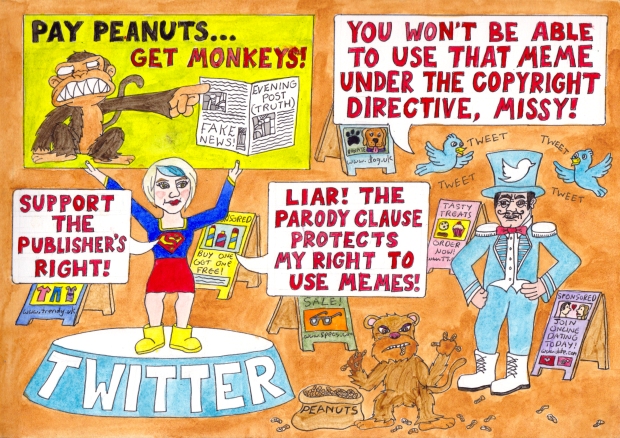 It has long troubled me how Britain’s creative industries can continue to thrive in an era presenting endless hurdles and next-to-no support. When sapped of revenue, the inevitable result is a lack of opportunities for emerging artists and creative start-ups, leading to a sad and regrettable diminishing diversity and loss of potential.

Lyrics from Madeleina’s song ‘Stand Up For Your (Copy)Rights!’

As someone who is very committed to using the Arts as a forum for exploring and discussing ideas and issues that affect our society, it is devastating to see our young people’s creative aspirations denigrated in our schools, when the only sensible advice careers’ services can see fit to offer is to stay away from the highly risky creative sector. I know this is the situation because I’ve experienced it myself. It’s outrageous, but the reality of the situation is that it is getting harder and harder to succeed in this highly competitive sector where jobs and opportunities are becoming fewer and fewer. I have known so many creatives, artists, musicians, writers and journalists who are dedicated to their passion and producing high quality output, but can barely scrape by in life. I have seen others who have abandoned their dreams for a more secure career option, leaving them unfulfilled and resentful. These are the inevitable consequences of a cultural landscape sapped of resources and investment by digital “innovation”.

The result is a shifting cultural landscape, where media and content is increasingly shared online and freely available to internet users, which seems like a great deal for the consumers, but not so great for the creators who are running on increasingly diminished resources. Many newspapers can no longer afford to publish in print and are laying off staff at alarming rates.

In Britain, we’ve seen many closures and mergers, especially among local and regional titles, with fewer journalists having to do more with less. It’s a similar story in many other European countries. This is having a serious impact on the quality of reporting and the ability of media to cover important issues – like Brexit – in a balanced way. If the press is starved of resources, they can’t do their job properly – and this has major repercussions for democracy. 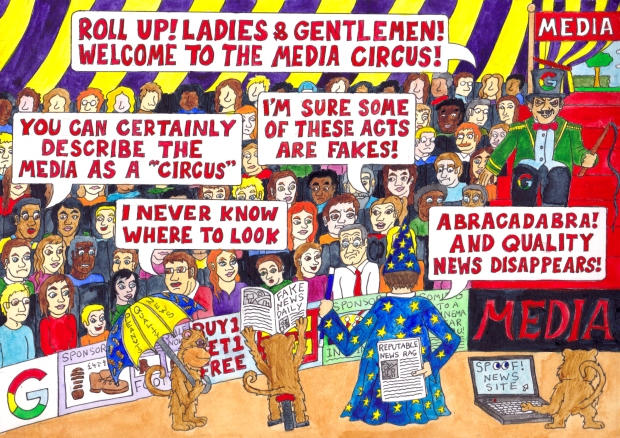 Meanwhile record sales have plummeted as music has been made freely available on platforms such as YouTube, so that artists find it increasingly hard to “make it” in the music industry because they simply can’t make ends meet. Oasis legend Liam Gallagher complained recently at even having to make his own cup of tea, “Money’s too tight to mention… gotta do it yourself, haven’t you? No one buys records these days… These little smartarses download tunes. And they wonder why there’s no real rock ‘n’ roll stars around – cos this is the shit you’ve got us doing, fuckers.” And whilst I rather approve of Liam having to make his own cuppa, there is a serious point in his comments. People aren’t paying for music anymore, meaning that the industry overall is struggling and people lower down the food chain are suffering the most.

It’s not the case that there is no money to be made by the creative industries anymore. Big Tech are reaping the rewards of advertising as social media use increases. Facebook made $16bn in profits in 2017 and Google’s parent company, Alphabet $12.7bn, so they can more than afford to play fair and pay fair. It makes perfect sense to me, that platforms should pay for the material that is generating advertising revenue, just as radio stations have to pay for the music they play. 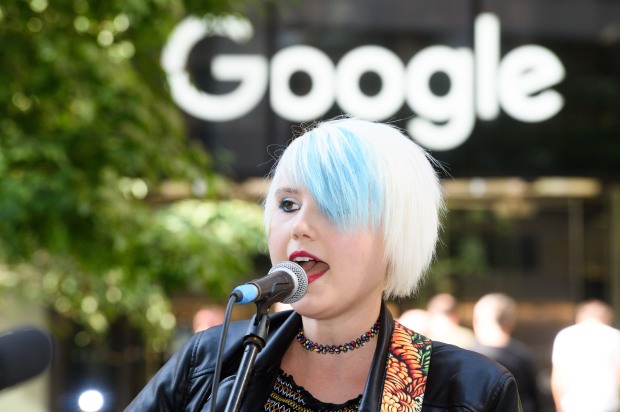 Press publishers large and small are backing the reform, known as Article 11, which would take the form of a licensing fee paid by social media platforms to the news providers. One of the myths being pedalled by opponents is that this would be a ‘Link Tax” charged to social media users, but this is untrue. It is perfectly possible to reimburse the media for editorial content without asking consumers to pay. “Free linking remains unchanged. This has been clarified in the compromise recently adopted by the European Parliament’s Legal Affairs Committee.” It is after all, in the press’s interest that their content be recommended by their readers, hence the existence of social media sharing buttons underneath articles. It is important to stress that the so-called Publisher’s Right would not prejudice the rights of journalists, as some critics suggest, as it cannot be invoked against the author/rights’ holders. Moreover, protecting the publishers’ rights is in itself beneficial to journalists because it strengthens the financial power of the press. This is also of benefit to consumers, because it safeguards the publishers’ ability to invest in creating quality output in a world of fake news and alternative facts. A compelling article in The Guardian by war reporter Sammy Ketz very effectively illustrates the inevitable consequences of a cash-sapped news industry that can no longer afford to send their journalists into conflict zones, “bullet-proof vests, armoured cars, sometimes bodyguards, and insurance. Who pays? The media pays, and it is a heavy cost.” Ultimately, a diminished ability to produce quality reporting is dangerous and damaging to our democracy. If we want Truth we have to be prepared to pay for it. 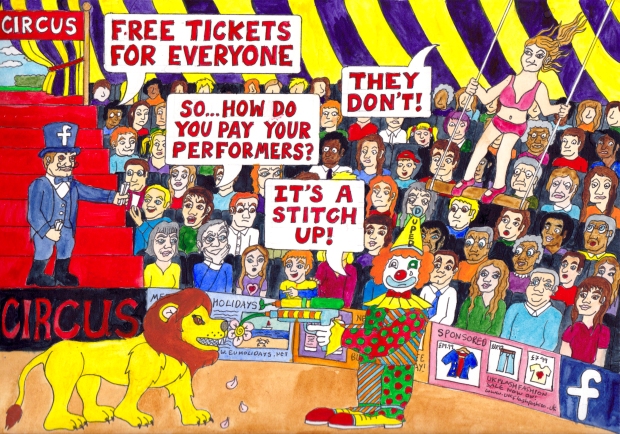 I was at the European Parliament in Strasbourg the week of the first vote on the Copyright Directive reform, when the initial proposals were voted down by 318-278 MEPs. As a content creator, I was invited to perform some of my songs at an event organised by the cultural and creative sector the day before the vote. Obviously, I was disappointed by the outcome, but considering it was such a close margin, I remain optimistic that after amendments the directive will be voted through a second time (the decisive vote is due to take place on 12 September). I spoke to one MEP before the first vote, who recognised the need to reform copyright in the digital era in order to sustain Europe’s creative ecosystem, but he felt that the legislation needed revising before it should be passed. I also recognise that MEPs have been put under a huge amount of pressure from the opposition campaign, which has been pedalling myths whilst making enticing arguments about internet freedom. Phrases like “breaking the internet” and “online censorship” easily trigger a sense of fear, but when examined, this rhetoric is unfounded and almost laughable. The EU has already awarded performance protection rights to the film, television and music industry which hasn’t negatively impacted the internet – the Publisher’s Right is a slimmed down version of these rights.

Another key issue of contention is Article 13 which intends to make online platforms legally liable for copyright material put on the web by users – dubbed as “upload filters”. But the rule doesn’t apply to bloggers, citizens or media companies who make commentary on their own website or in discussion forums – the purpose of which is to offer copyrighted works.

Another criticism is that “upload filters would result in the banning of MEMEs” which inherently use copyrighted material. This again is nonsense. MEMEs along with Mash-Ups are covered by existing copyright exceptions (i.e. parody, criticism, citation, etc.) but the myth has successfully duped many, including the lad who asked me for my view at the Europeers conference. 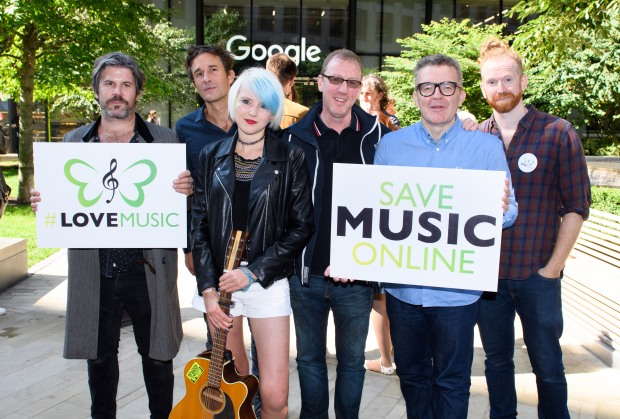 The crux of the problem, as I see it, comes down to finances. We all like to think that we are accessing our content online for free, but the reality is there is a price to pay: we pay with our attention and ultimately our wallets when we are exposed to advertisements – otherwise why would companies bother to advertise at all? It seems only fair to me that the Big Tech firms who are generating advertising revenue should share the rewards with the content creators who are drawing users to their platforms. But capitalist companies are driven by profit, not ethical practice, so it is necessary for government to step in and legislate to re-address the power imbalance. As long as Tech firms have control of the profit, they will have control of the internet and the content that is shared online. If MEPs want to ensure the health and diversity of Europe’s creative industries and give the artists and publishers a say in how their content is used, they need to vote in favour of the copyright reforms.

I had the privilege of performing my song ‘Stand Up For Your (Copy)Rights!’ alongside music legends Dave Rowntree (Blur), Brett Anderson (Suede), Newton Faulkner, Ed Harcourt and Crispin Hunt at a busking stunt organised by the #LoveMusic campaign outside Google HQ in King’s Cross, which was reported in the i-Newspaper.

Please support the #LoveMusic campaign by signing this online petition

And help support the Publisher’s Right by contacting your MEP and ask them to vote in favour of the Copyright Directive on Wednesday 12th September.

Watch Madeleina’s song “Stand Up For Your (Copy)Rights!“

Musicians protest in favour of Copyright Reforms outside Google HQ